Long Sunny Days Were Meant to be Spent Outdoors

A drop-in visit is not the ideal way to see Finland, but if I had to spend a day waiting for another flight, Helsinki was a lovely way to spend those 20 hours. A visit in May implies long sunny days, given how far north the city sits, but that’s just the weather backdrop to this city. What becomes obvious quickly is how modernity meets history in a capital city. There’s a ton of red brick and cobblestone. It’s all close to water. And access to surrounding Scandinavian countries is remarkably easy and people forget how close Finland is to Russia and Estonia as well. If you’ve been meaning to try Finland and Finnair tosses out another great fare, I highly encourage you to jump on it.

I was tooling around online looking at two of my favorite travel deal websites, The Flight Deal and The Points Guy, when a post showing a $497 deal from Los Angeles to Oslo came up. Scandinavia has been on my list for a while but I hadn’t seen as many flight deals to Norway (compared to the rest of Europe). A little bit of schedule-finagling led me to find a $395 flight from San Francisco to Oslo with an overnight stay in Helsinki on the outbound flight. And the trip, I would later find out, would have me arrive in the Norwegian capital on May 17, which is Norway’s Constitution Day (think National Day).

As luck would have it, the day before I left, I got introduced to Camilla, a Vanderbilt undergrad who happened to be my former roommate’s mentee. She was visiting San Francisco for the day and looking to learn more about LinkedIn – and to my surprise, she was from Finland and provided me some great recommendations on things to eat, see, and do.

I left my office and headed for San Francisco Airport a bit unsure of how this flight was going to go. I’d never flown Finnair before so I had no idea how I was going to be treated. After waiting out the small delay in the Air France/KLM Lounge, I arrived at my gate and was pleasantly surprised to find out all of the first class, business and priority passengers get to go together in group 1.

Because I had booked through American, I had to call Finnair customer service to get my record locator and seat assignment and several days before my flight, I was pleased to find out that my OneWorld Platinum status allowed me to pick any seat except the Premium Economy seats. But when I got to my seat (row 30, window seat F), I discovered just how tight these seats are. The Airbus A330-300 we flew was definitely an older model as evidenced by the in-flight entertainment screen having a credit card slot (also this is how low the monitor hangs when the person in front of you reclines fully). 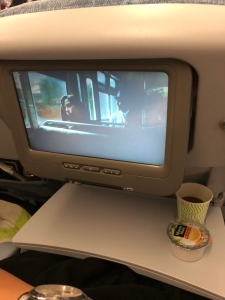 The plane is configured in a 2-4-2 set up and when the plane pushed back I noticed the row of 4 behind me and to the left had only one person in it. But the guy seated directly to my left apparently didn’t care so he spent the flight crowding me unnecessarily. The flight actually went by pretty quickly but I was all grouchy because, well why wouldn’t you take more space if you could? 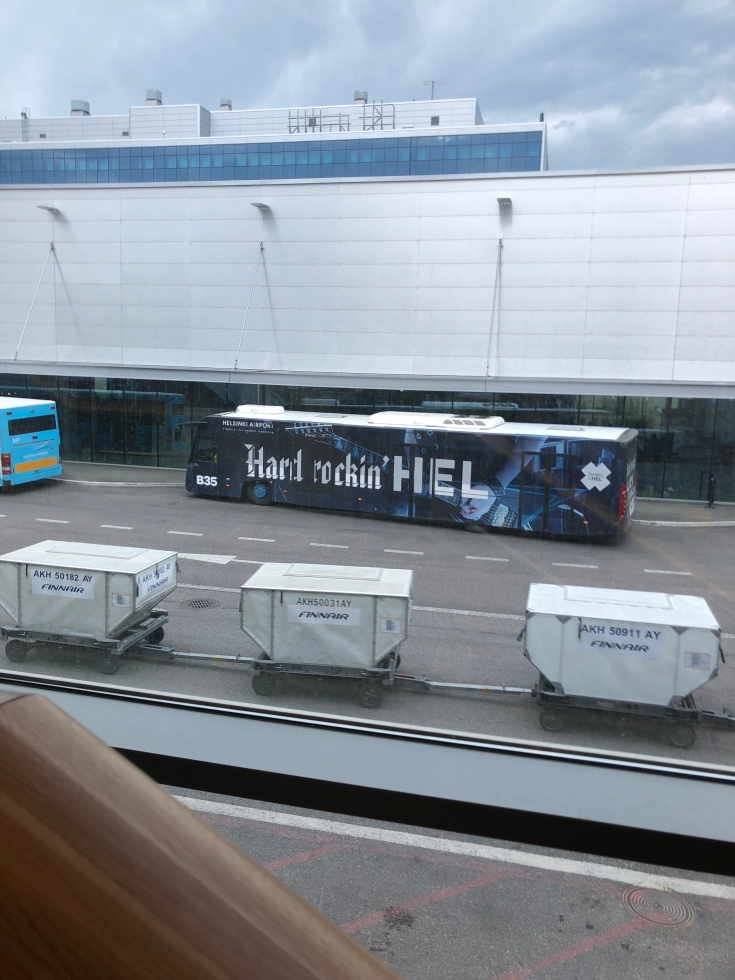 Landing in Helsinki and proceeding through immigration was a really straightforward experience. Once I left the main part of the airport, It took me a few minutes to find the train station and then descend down to it – but from there it was 25-30 minute journey into Helsinki (City Center) station. You can take either the P or I trains – both will get you there and take you along a cute heart shaped rail line. 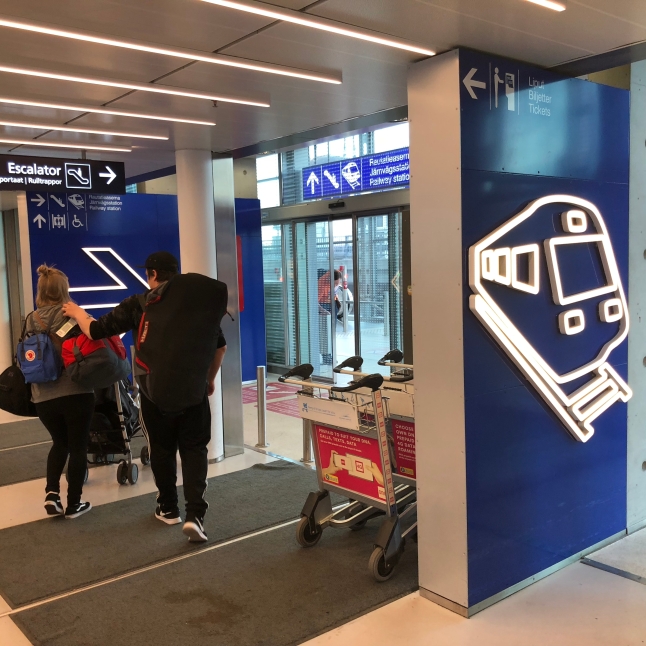 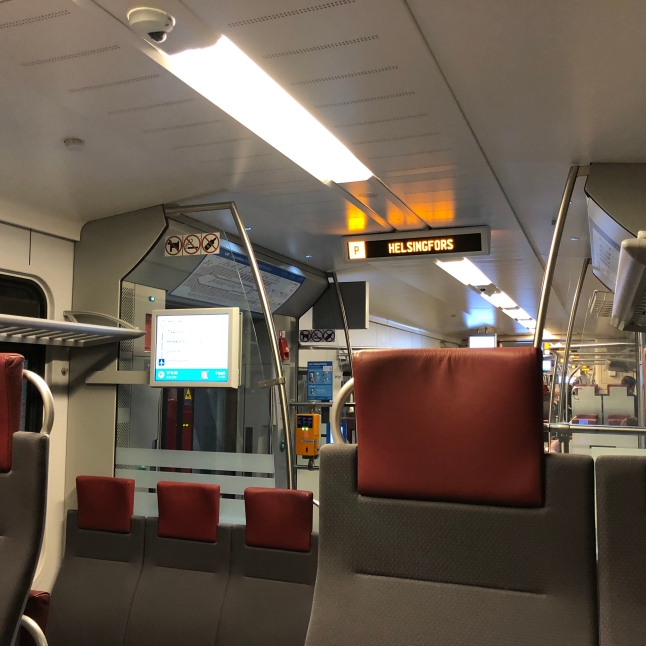 Upon leaving the airport, my first impression of Finland was noticing how many hikers were out on the trails near the airport. Can you imagine people going for a nature hike near LaGuardia or O’Hare? Me neither! That boded well for what I was about to see. The train ride was smooth and upon arriving at the city center (Helsinki station), it was an easy 15 minute walk to my hotel.

Because I procrastinated, I didn’t have a lot of lodging options. Because I needed a clean, reliable place to check into whenever I arrived, I decided not to deal with an Airbnb (although I did find some pretty sweet ones I could have stayed at). Instead I opted for the Klaus K Hotel, which is the only SPG property in Finland or Norway. The modern look and feel was offset by a ridiculously tiny room but heck, I was only there for barely one night. 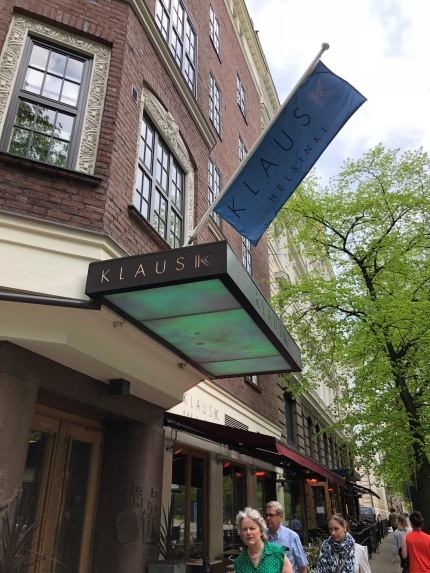 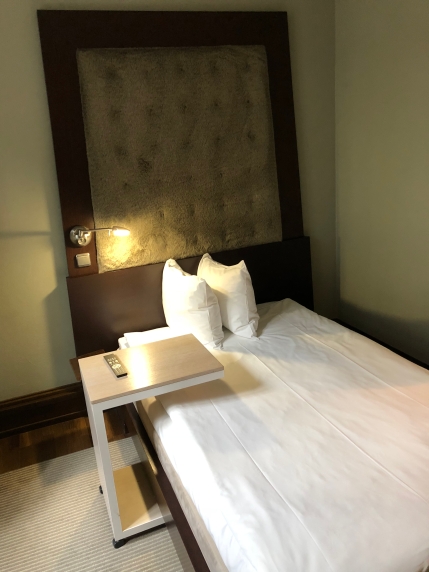 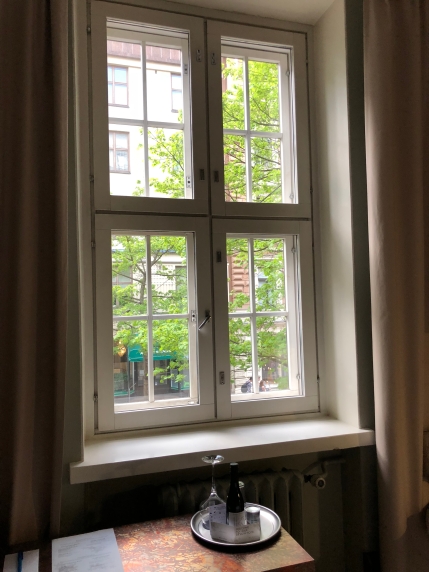 I decided to make the most of the daylight and went for a walk through the Esplanadi Park and the Kaartinkaupunki neighborhood. The lush grass and throngs of people picnicking and relaxing make for a nice place to escape while staying in the middle of it all.

One suggestion I had received was to head to the Holiday Bar – and it looked like a really fun place to sit outside and enjoy a meal with its deep menu of poke, pasta and beer and wine (including a delightfully obscenely named wine called “You F*ck My Wine”). But I decided to hold off on eating and and instead head next door to the Uspenski Cathedral. If it looks similar to some of the pictures from my time in Moscow, that’s because it’s an Eastern Orthodox church and you can’t help but be impressed by its towering design.

Holiday Bar, with Uspenski Cathedral in the background 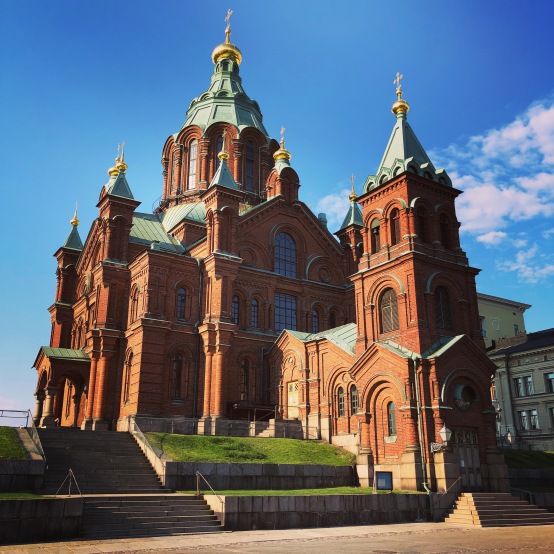 Winding my way back along the waterfront, I passed by the Löyly sea baths and the ferry that takes people to Tallinn, Estonia, and reminded myself that the next time I come back here, I need to do both of these. 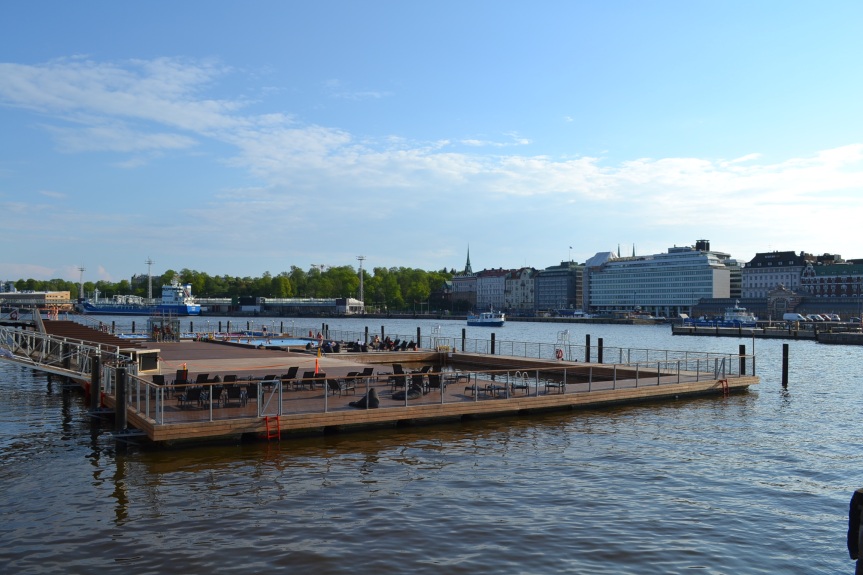 I had hoped to arrive a bit earlier to see the Old Market Hall, but sadly I arrived after it had closed (damn you flight delays!). But as I walked past, one disappointment turned into two happy sights.

The first was a little taste of home. One thing I love seeing in every city is the proliferation of Chinese restaurants. A part of me was tempted to step into this place, but I was hoping for something a little more unique to Finland.

The next was just one of many cheekily named establishments in Helsinki and Oslo.

Did you see the name?

The three pics above are from a place called The Cock. If I’d had been traveling with my wife or friends, I would have stopped and stayed. The menu looks quite good!

Instead, I continued to wind my way through some of the neighborhoods and ran into Fafa’s – a falafel joint that my colleague Michelle recommended. It happened to be across the street from the place I wanted to go for dinner so I decided to grab a five piece falafel with tahini for a little snack. 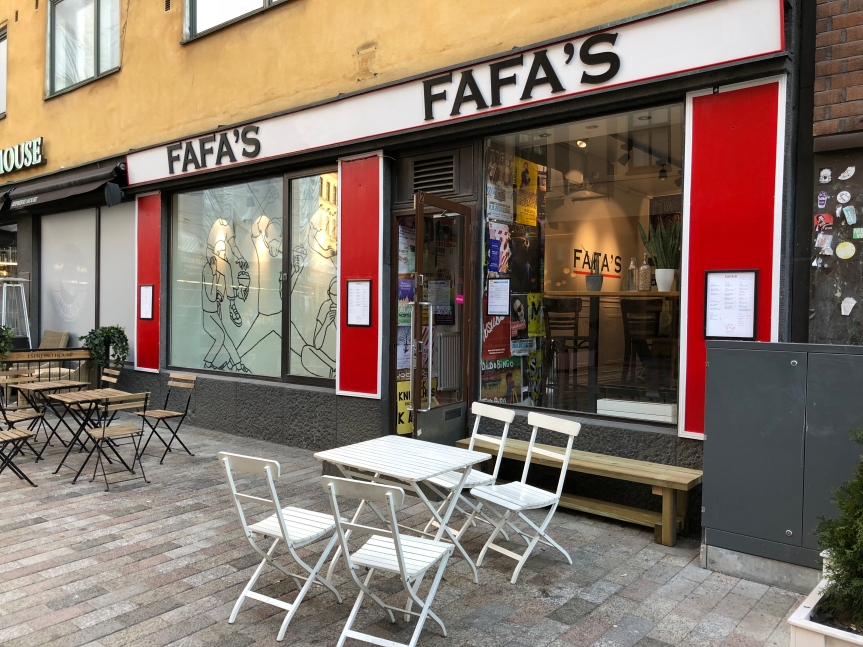 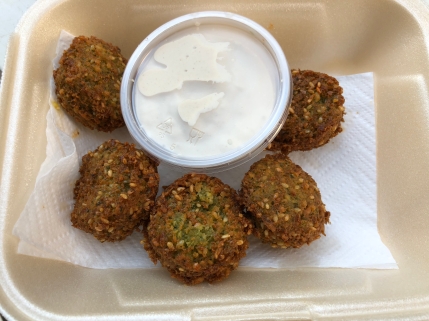 After finishing my snack, I walked across the street to a place called Yes Yes Yes, a vegetarian/vegan bar and restaurant. Let me be clear – the food and drink here are super legit. Go for the cauliflower tempura served with a sweet chili sauce and the linguini with lemon and parmesan. For your drink, stick with the Lavender Fields (gin, Benedictine, cranberry, lingonberries, lavender, and egg white). 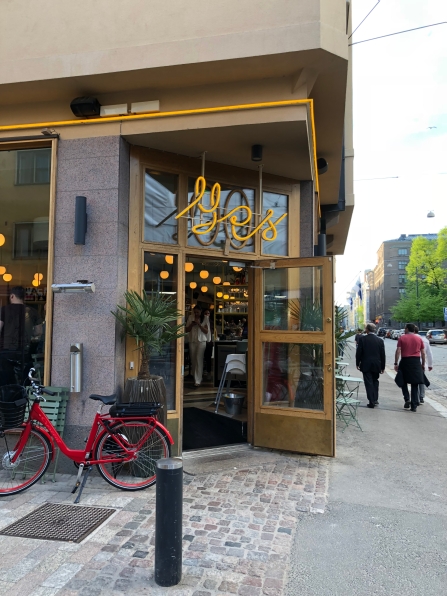 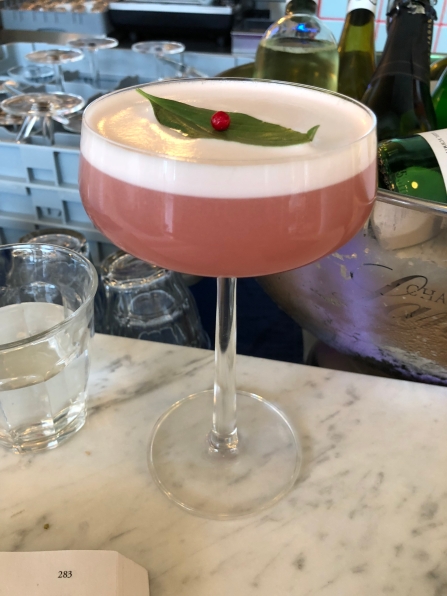 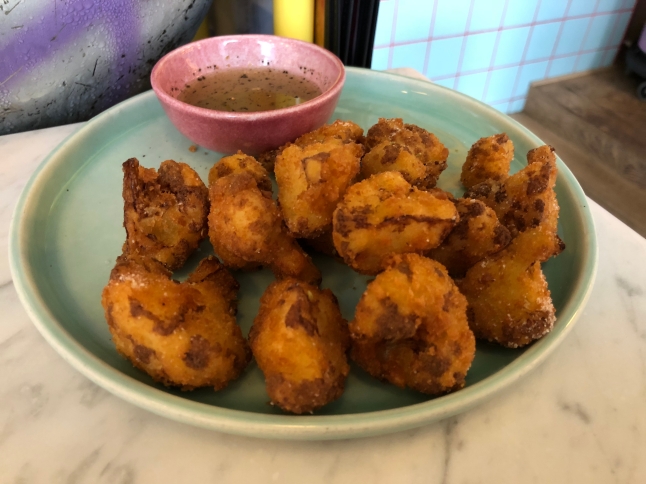 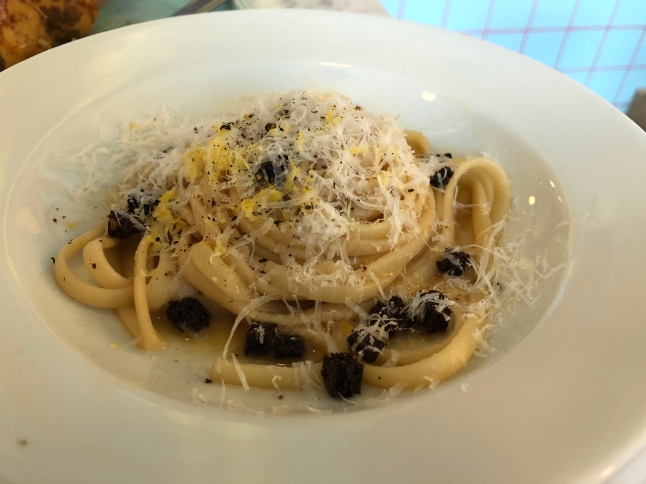 The linguini with lemon and parmesan

But the service was atrocious. No one helped me get seated – the man I asked directed me to the bar and then walked away. Once I got seated, I wasn’t given silverware, a menu nor served for at least 10-15 minutes. I try not to be a dick but come on – basic service isn’t THAT hard.

By the time I finished, it was 9:15 PM and the crossing of 10 time zones from San Francisco to Helsinki had started hitting me. I walked back to my hotel and decided to explore the upper levels and the rooftop bar (which was not yet open like I assume it is in summer) before going to bed. 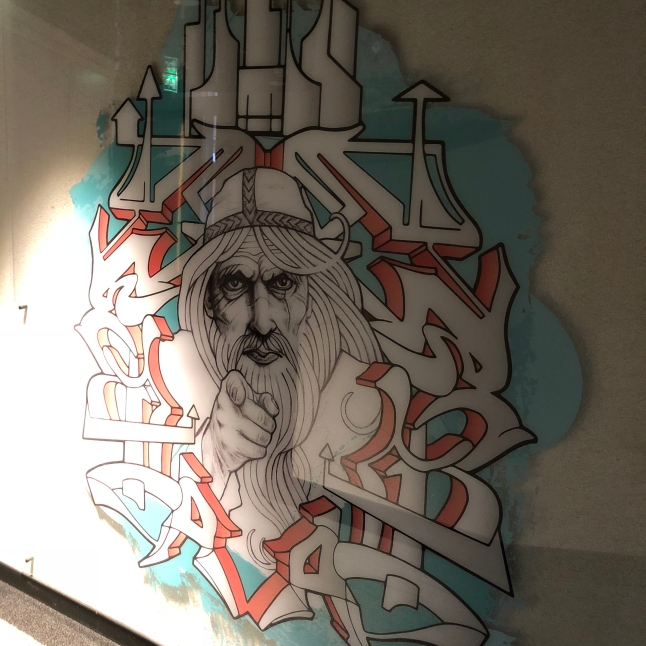 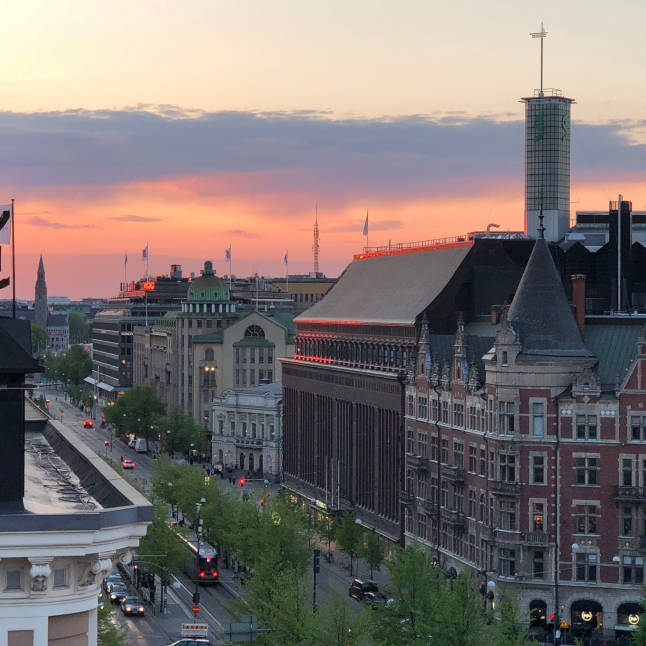 The view from the deck 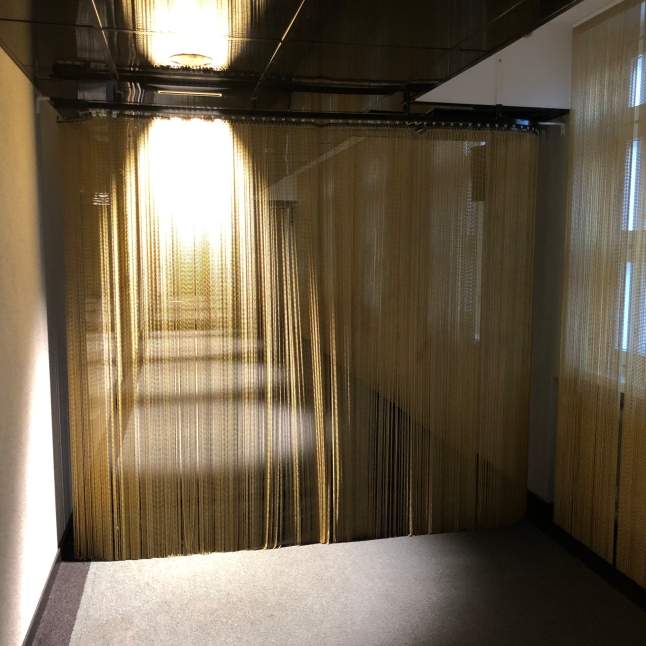 Not practical but fancy

Getting up at 6:45 AM when you’re jetlagged is quite a doozy, let me tell you. But it’s not as bad when your TV is your alarm clock! Now that is pretty nifty. 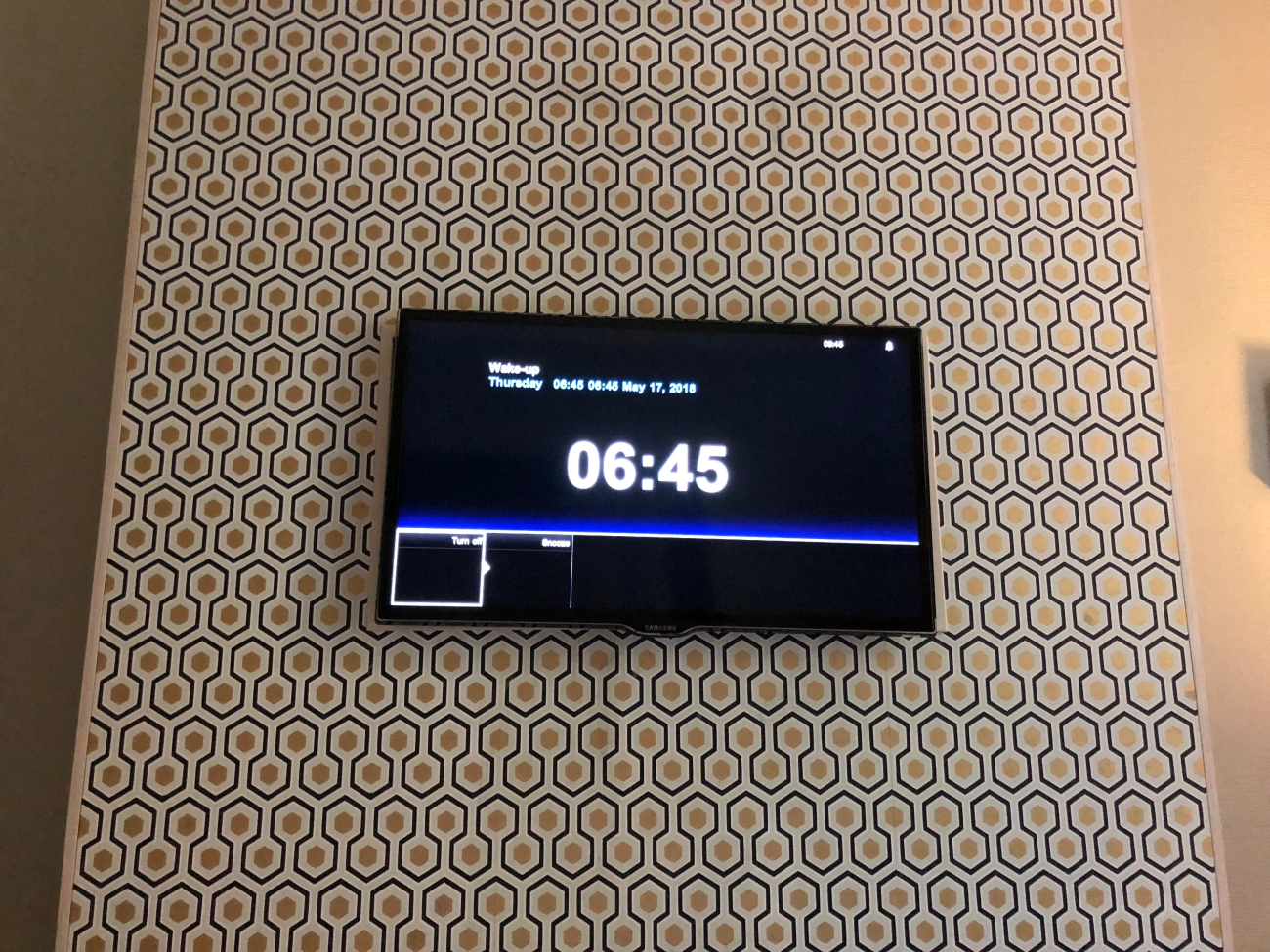 I packed my bags and walked out of the hotel. Morning in Helsinki is really quite idyllic. Empty streets, the bright sunshine blazing through the trees and streets, and

My ultimate destination that morning was the Fazer Café, which Camilla suggested would be a delicious experience if I got the “smoked salmon/lox on a croissant or rye bread and a regular drip coffee.” And boy was she right. It seems super basic but the bread was chewy, the salmon fresh, and the bed of creamy clouds that allowed the salmon to float on the top all made for a delightful breakfast. 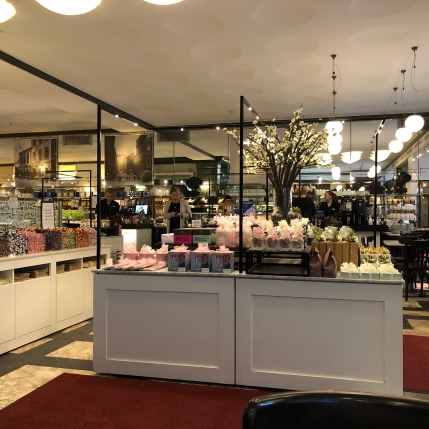 From the case to my table

I walked myself back to the train station and within 45 minutes was back to the airport – no fuss, no muss. 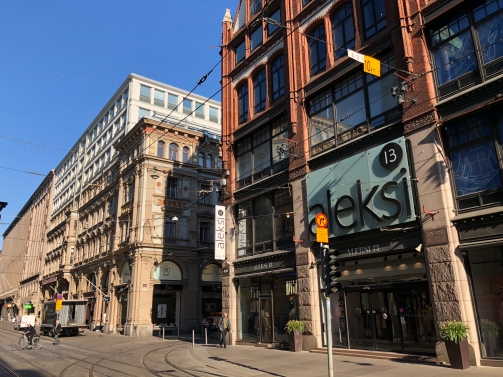 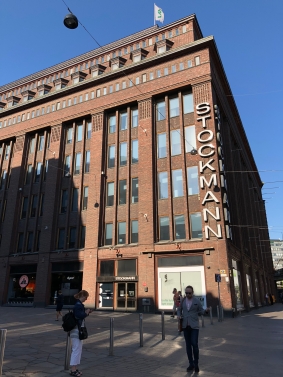 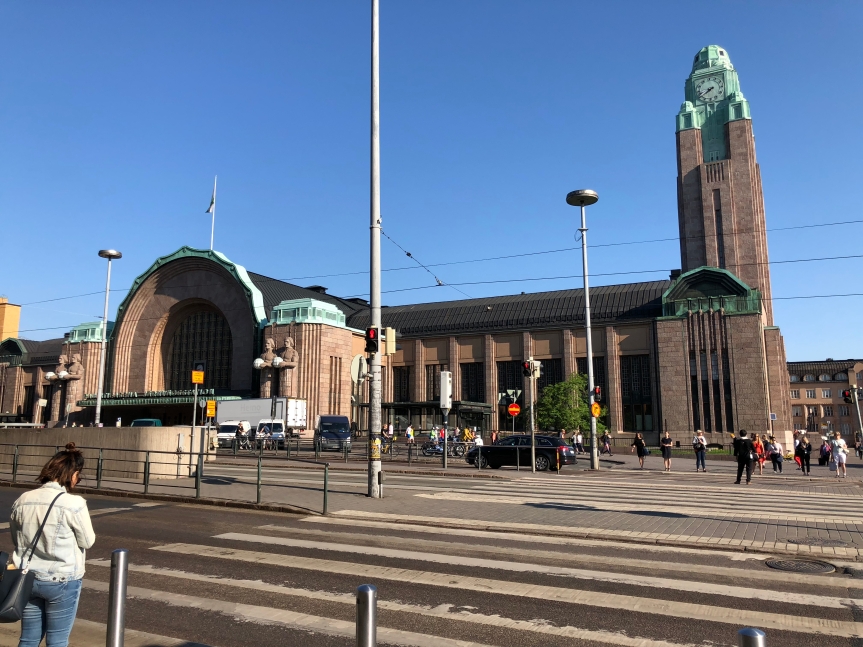 Train back to the airport

If you get stuck here for any kind of layover, just know that the airport lounges, restaurants, and stores in HEL are super conducive to your relaxation.

Fancy pod chairs are not as comfy as they seem 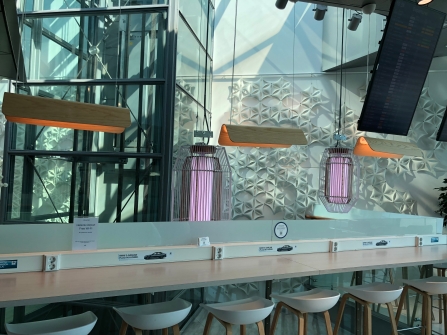 Plenty of counter space to work in the Finn Air Lounge

Anyone who knows Helsinki would likely agree. I didn’t get enough time to really immerse myself in the culture, food, and the life. But what I did get was quite lovely. A brief taste of Finnish hospitality and warmth that was far too short. But the good thing is that Finnair seems to want to open up the SFO-HEL route…so perhaps there will be another trip in store soon!